Cream Cheese, Butter and Cream is NOT Dairy

A few weeks ago, my sons and I have a lengthy discussion about dairy. It all started when my kindergartner mentioned that his brother is small for his age because he doesn’t get enough calcium. Child #3 disagreed with his younger brother and said that his doctor said that he doesn’t lack any nutrients in his body apart from Vitamin D.  All of us in the family knows that he takes a Vitamin D supplement.    Anyway, if you have been with 2 or more children, you would already known what happened next. They started arguing which eventually needed my full attention.  When I asked Child #4 what happened, he said that they learned how to eat healthy that day.  Since his brother cannot have dairy, he doesn’t get enough calcium in his body. Thus, he’s bones are not strong.

Child #3 who’s getting restless, blurted out that his younger brother is lying. Before, the other started to counter the statement, I asked him, if he knows what dairy means. He said cow’s milk, cheese, soy milk…. Wait up?  Did he just said Soy milk? When I tried to clarify, the older brother changed his mood and started to come to his brother’s aid.  “Yes, soy milk is dairy!”, he told me without hesitation. 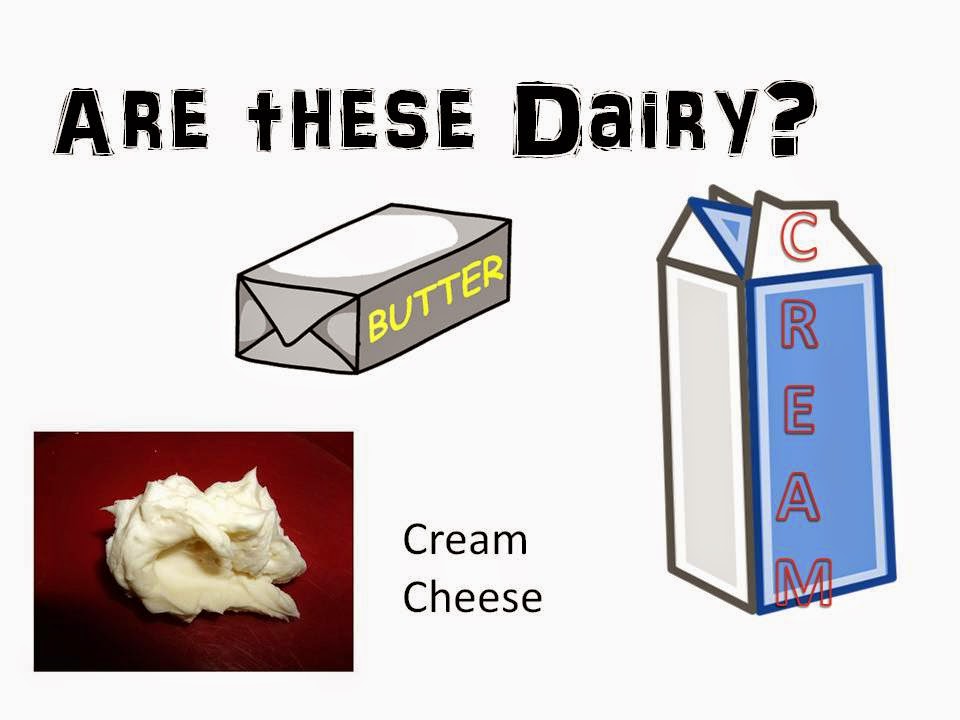 What in the world is wrong in here? Now, both brothers were ganging up on me. Then out of the blue, Child#2 (whom I consider the “brains”), came in to help her brothers.  Slightly agitated, I asked my daughter, since when did soy become dairy? Then she replied, “When I moved to public school about 3 years ago, they added soy to the dairy group. You can check out that plate thing.”

Since we were on the tight schedule that day, I asked Child#2 to get the dictionary and look for the meaning of dairy. After she read that Dairy has two meanings 1. a business that harvests or processed milk products for human consumption  2. milk and any foods made from milk (which comes from a mammal), I was able to let them listen to me.  Then I started citing non dairy foods that are rich in calcium such as flax, beans, spinach, and other leafy greens which we always have in the house and they often eat. Finally the discussion ended. With them at least.

Last weekend, as I was going through the pile of papers the kids bring home from school, I saw this sheet that says nutrition with this logo. 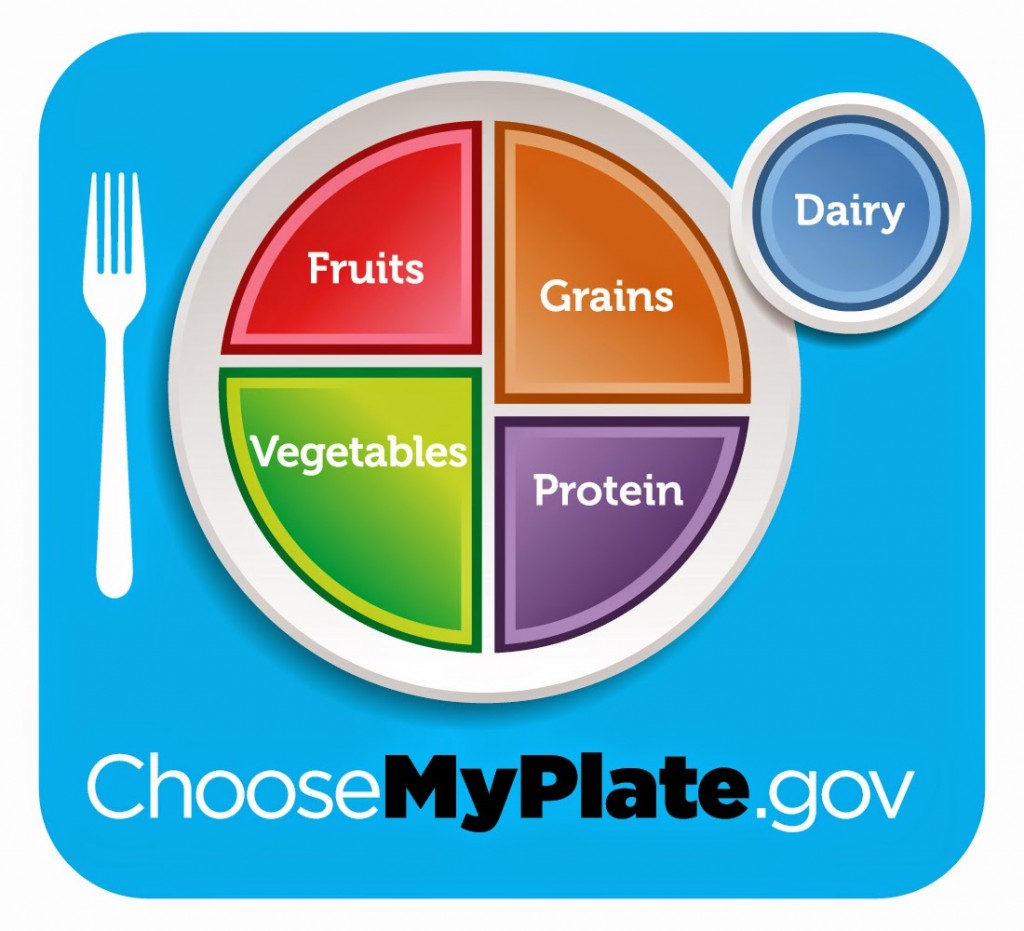 Could this be the “plate thingy”, Child #2 mentioned a while back? Curiosity rushed in and yes, I went to their website. While I was browsing,  something alarming caught my eye.

The USDA’s Choose My Plate program has classified milk based foods such as cream, cream cheese and butter as not part of the dairy group. Below is a text from their website regarding the dairy group.

Now, I realized where my children’s confusion came from. Instead of sticking to the common meaning of dairy to educate people, the authors behind the My Plate program made a version which I think is more confusing and can even be deadly.

If they wanted to emphasize the importance of calcium in the diet, why didn’t they just name it Calcium group instead of Dairy group?  By excluding milk products such as cream cheese, cream and butter in the dairy group, many including my kids will start to learn that products such as those mentioned are actually “not dairy”, “non dairy” or even “dairy free”.

For us dealing with food allergies, spreading this is type of information can be detrimental.  Did you know that ChooseMyPlate is meant to be used as practical resource for individuals, health professionals, nutrition educators and the food industry to help customers?

As if explaining dairy allergies isn’t hard enough, now I have to prepare myself and my kids to debates regarding what is dairy and what is not.  As you may have seen on my instagram posts, my children do eat “dairy free” cream cheese (Daiya) and butter (Earth Balance Soy Free).  At a very young age, I trained them to only eat those and they knew by heart what it looks like. Child#3 is now able to read the ingredient list without any issues. They don’t eat the ‘regular’ cream cheese or butter. So far, so good.      For Child#2’s case, who’s already a 4th grader by the way, she’s caught in this dilemma.  After her class was thought about the ChooseMyPlate, she has to accept that ‘regular’ cream, butter and cream cheese is not dairy. They did have a test about it too. Can you imagine how awkward the position she was in when most of her friends told her that it is okay for her to have those product because it is actually “not dairy at all”?  They knew that she is allergic to dairy for years.

What do you think should we do about this?
I love to hear your thoughts.  Please let me know what you think by writing your opinions on the comment section below. 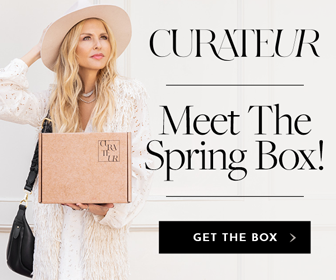 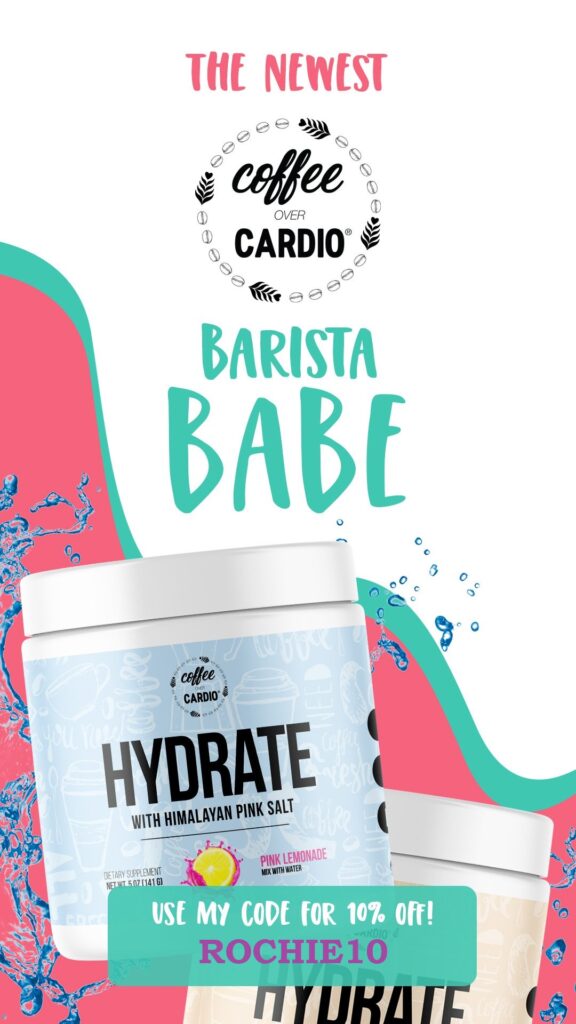