Skip to content
When I first learned that I have to remove soy from our diet, my heart sunk.  Almost all of my trusted recipes require soy sauce. Plus my children just love Chicken Adobo. We usually have it every two weeks, alternating chicken and pork. Then it’s a big No-no. Ouch!

For those of you who don’t know what that is, Adobo is considered the national dish of the Philippines.  Each region has it’s own variations but the concept is simple — it’s simmered meat or even vegetables in a balanced concoction of vinegar, soy sauce, garlic and black pepper.  It is served with steamed white rice or fried rice if you’ll eat it for breakfast.  As a child, I remember pouring the dark brown (almost black) yummy sauce over the rice and I am a happy camper.

After more than a month in a food allergy friendly diet, my children started requesting for some Adobo.  Not to feel defeated, I started browsing Asian cookbooks for inspiration or soy sauce substitutes.  Then I came across a recipe that’s called Lo Soi (Lo Shui in some books)  or simply translated as Master Sauce.  Actually, it is more of a braising liquid than a sauce which most traditional cooks or even Asian chefs use to flavor their meats.Since I have all the ingredients in my pantry, I decided to give this braising liquid a try.   Though the original recipe calls for a tablespoon of soy sauce and fish sauce each, I  omitted both and increased the salt.  After a few hours of simmering the meat, I was so surprised how delicious this simple recipe turned out.  It was so flavorful that my children ended up using it as a sauce for the rice.

The best thing about the Lo Soi or Master Sauce is that the cooking liquid was meant to be used over and over again just like a sour dough starter.  I even read somewhere that some Chinese cooks had theirs for more than 10 years!  Interesting right?  I’m not sure though if my own Lo Soi will last that long. Mine is already 6 months old.

One thing is for sure though, I did save the leftover cooking liquid. I stained it, transferred it in an air tight container and froze.  Whenever I want to make this dish, I’ll just reheat the Lo Soi, add more water and spices and boil the meat.  The taste is always perfectly delish!

This dish is very crock pot friendly too.  I’ve added the slow cooker version all the way at the end of the post.

Whether you like to try something easy to cook or would like to impress a crowd, give this recipe a try. I am certain that you will love it too.  Though it didn’t have the same taste as my children’s beloved Chicken Adobo, this Lo Soi Beef is just as delicious and comforting.  I’m getting hungry now.

Love to hear from you. 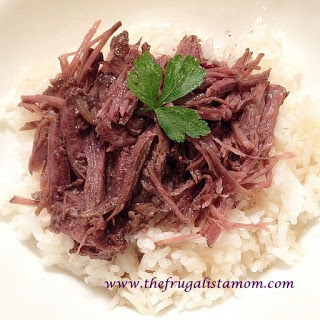 Ingredients
3 pcs Star anise pods
2 in Cinnamon stick
1 tsp. Ginger powder
3 tsp. Chinese 5 spice powder
2 tsp. palm sugar (you can also use brown sugar or raw cane sugar)
1 tsp. cloves
4 cups water
2 tsp. sea salt
1/2 tsp. ground black pepper
4 cloves garlic (smashed and skin removed)
2 pcs. bay leaf (dried)
3 lbs. chuck steak or london broil
1. In a Dutch oven or heavy stock pot, combine all the ingredients except meat and bring to a slow boil.
2. Add the beef.
3. Once it starts to boil again, turn the heat to low and simmer for at least 2 hours or until the meat is very tender.  Check and stir every 30 minutes to make sure that the meat does not stick on the pot and there is enough sauce.  If the sauce starts to really thicken, add a cup of water and stir.
4. When the meat is tender, remove from the pot and transfer to a platter. If using a whole steak, you can either cut into bite size pieces or shred the meat.
5. Serve the beef on top of rice with some sauce.
Crock pot version:
Oh, this recipe works well with a slow cooker too.  Make sure to boil the master sauce on the stove top ahead of time. Let the sauce cool down and store in the fridge. When you are ready to make this, just put the sauce and whole chuck steak or London broil in the crock pot, cover and cook on high for 7 hours.
There will be more than enough sauce left in your slow cooker.  Save and freeze it for future use.  The sauce is good for about 6-8 months frozen. 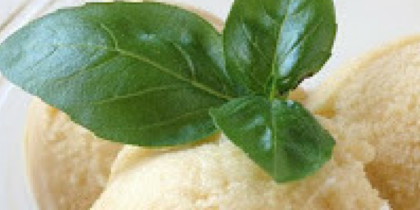 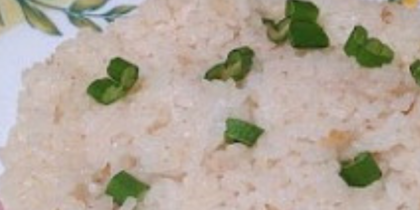 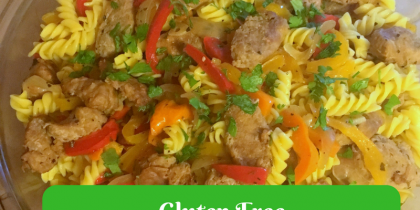